I was back in Africa again and man it felt good! This trip was destined to be a great one, but I didn’t realize how quickly it would happen. At the onset I was antsy, five friends were along who had never been to Africa before, and we wanted them to have a really great experience.
It started in the fall of 2017 when I began talking to Jim about the “Sport Show Special” hunt he was offering at the winter/spring sport show expos. I am well known as a procrastinator and often “tire kick” myself out many good deals. The conversation went something like this: “How much did you say?! And how many animals? Seven days, right? I’m in!!
Back to the trip… The flight over was routine with absolutely no issues getting the gun permits, collecting baggage and transport to Afton Safari Lodge, where we were served an incredible steak dinner before a shower and sleep.  Jim’s pre-arrangements had eliminated quite a bit of the problems many travelers encounter.
The next morning after a nice breakfast, it was time to head to camp. It was a bit similar to herding turtles because we were packing heavy as they say. We each had our two pieces of luggage, plus an S.C.I. “Blue Bag” filled with all manner of humanitarian goods for the schools near the concessions Christo helps support. I must say, we were pretty well jammed into the vehicles as we drove to camp.  It was a long trip with a couple of rest stops thrown in, but we finally arrived at camp. A cold drink and wonderful lunch took the sting out of the long drive. It was getting late, so we quickly dropped our bags in our rooms (which for the record, had chandeliers. I would never in my wildest dreams thought I would be on an African safari where I have a chandelier in my room!) and then grabbed our rifles to check the zero.
It was on our way to the range that things got interesting. One of the guys noticed something next to the trail and asked, “what is that?”  I almost jumped out of the truck as I shouted, “Pangolin!!” One of the rarest creatures around. We jumped off the trucks and spent several minutes photographing the pangolin before leaving it to go on its way. Not even Christo had ever seen one! EVER!!
Now that’s a story I’ll be telling around the campfire for the rest of my days! 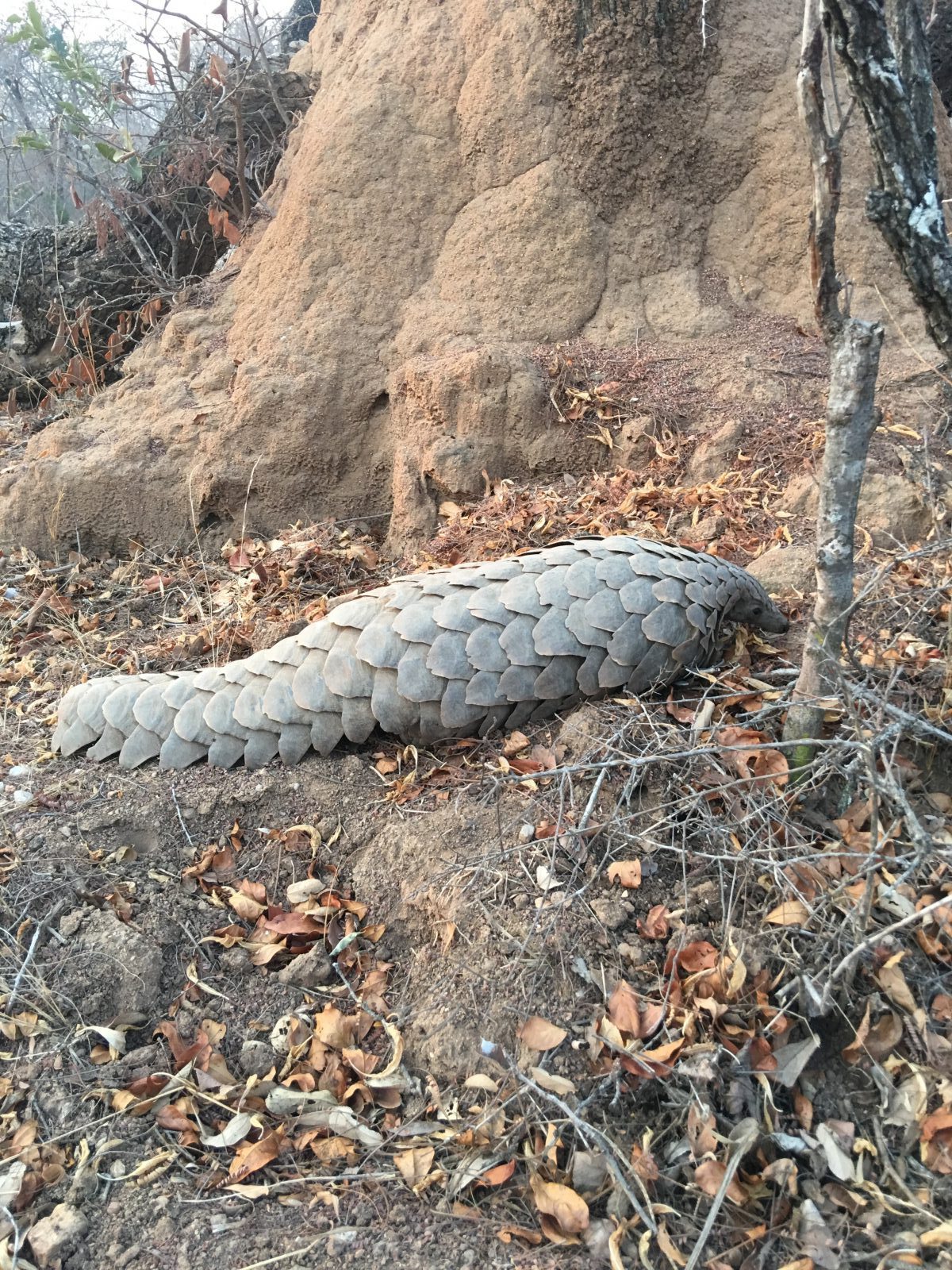 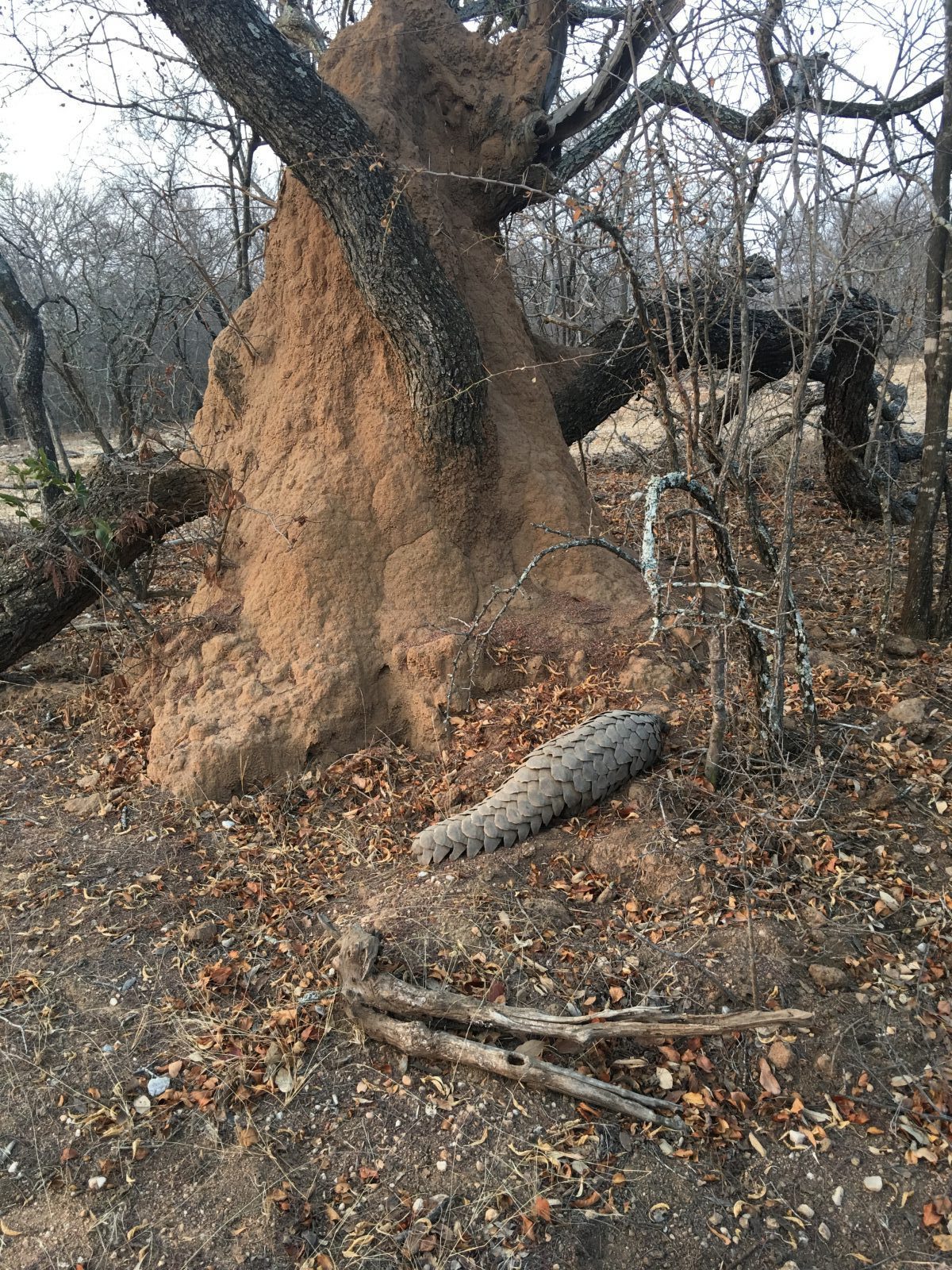 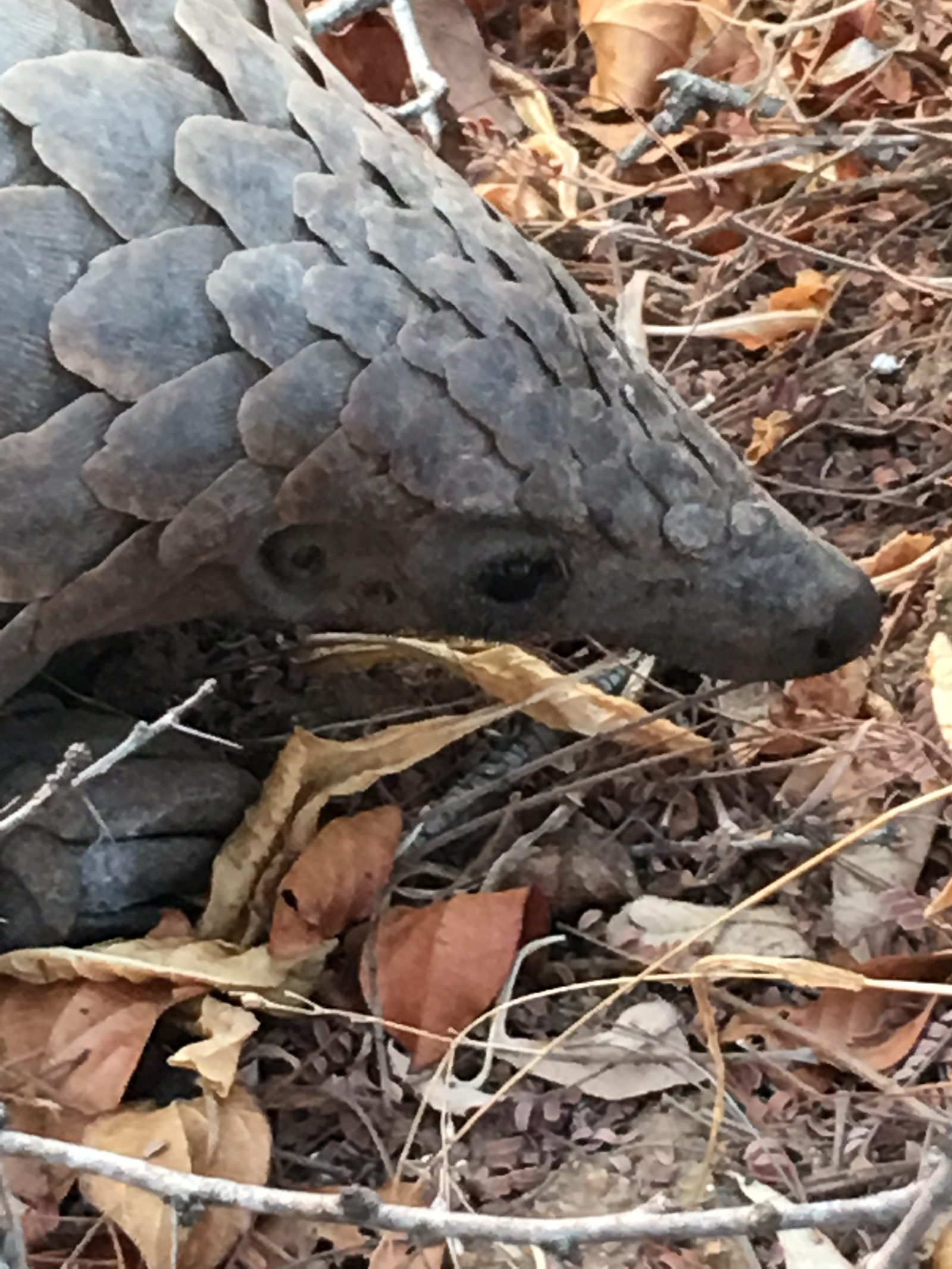